I’d stayed at one of two identical lodges at Dhan Kharka (aka Chistibang 3020m).

Mine was profiting local schools, I believe. The other private. 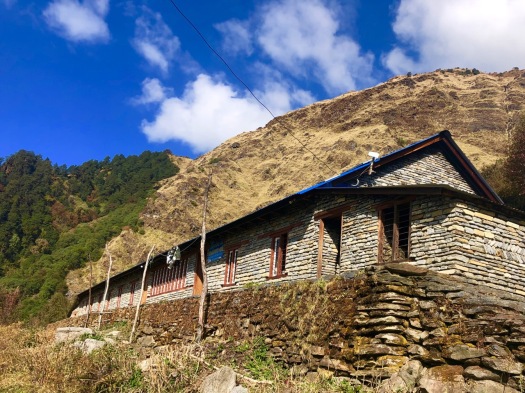 There was not much farming this high. But many sheep. 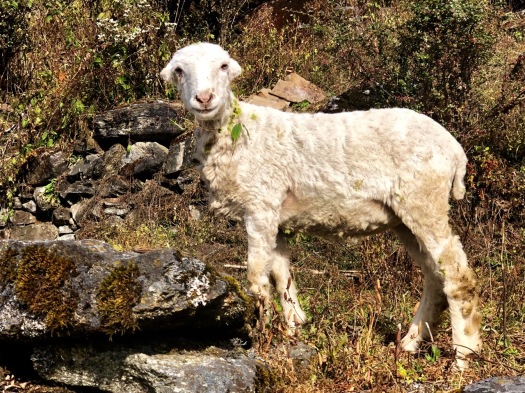 From there up, up, up several hours. About 640m in ascent. 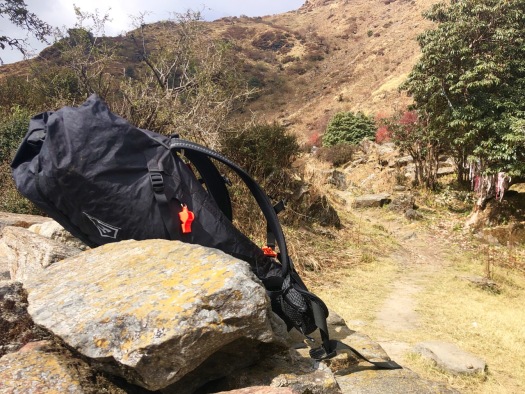 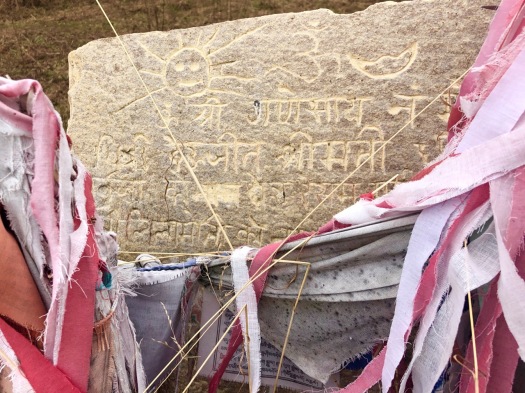 Today I saw my first yaks. They don’t like grazing below treeline. 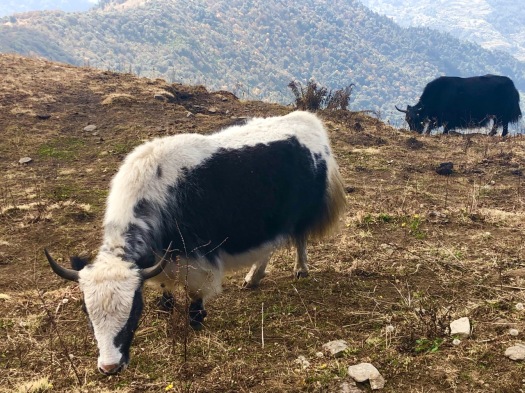 I reached Khopra Community Lodge (also profiting schools) about Noon, perched ‘magnificently on a spur with the block-face of Dhaulagiri directly ahead’. 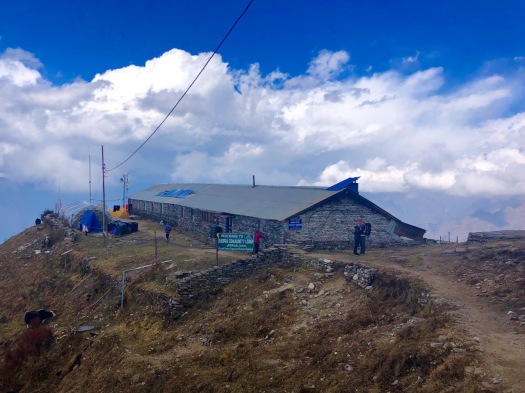 I’d missed the best vistas as clouds had formed during the morning. But I could see a bit of the top of Annapurna South. 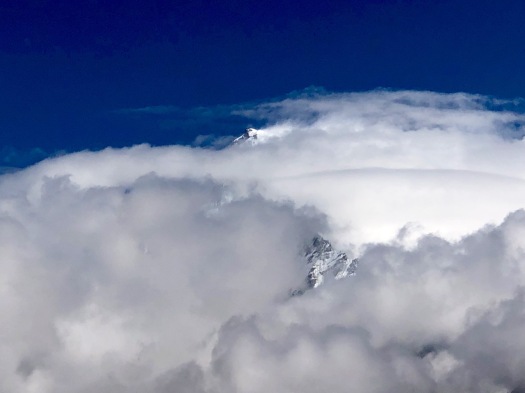 Here’s that vista on a clear day.

Game on. I ordered a huge lunch, planning to start up the most challenging part of the Khopra Ridge trek — a possible climb to Khayer Lake (4600m). About 8 hours return for me.

I was excited — but a little worried — as I probably wasn’t acclimatized enough.

My plan, however, was to tent part way up. And continue with a day pack next morning.

During lunch a couple returned. They’d not made it to Khayer saying it was colder and more difficult than expected. Also, having no views was discouraging.

They talked me down. After lunch I climbed for about 20 minutes. Quit right here. 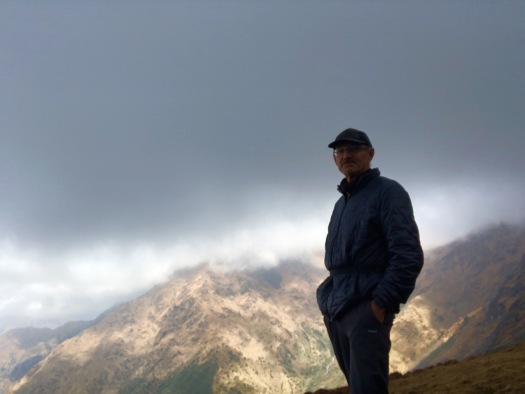 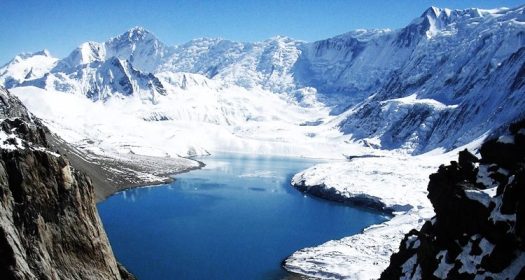 Plan B was to backtrack to a seldom used high traverse to Bayeli, the next possible stop on the Khopra trek. I’d probably tent en route.

This trail is adventurous. Though mostly above tree line, a bit of route finding is required. It would be slippery / dangerous in snow. 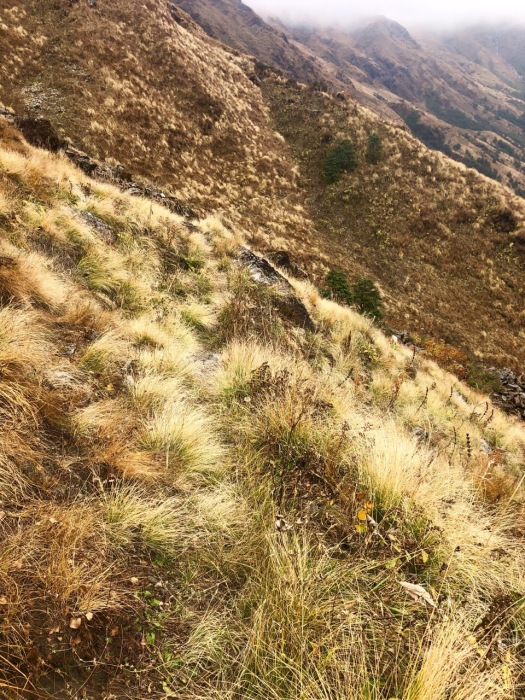 Though the trail is faint, it is marked by white & blue paint. 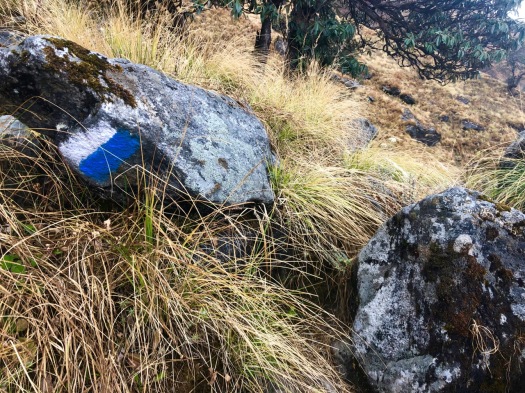 One highlight was spotting what I think is a Yellow-throated Marten. An animal I’d never seen before in the Himalaya. It leaves scat on the trails. I got some video. 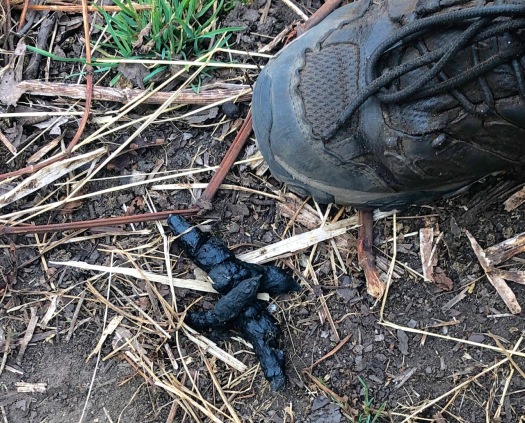 Another highlight is bamboo. I love bamboo. 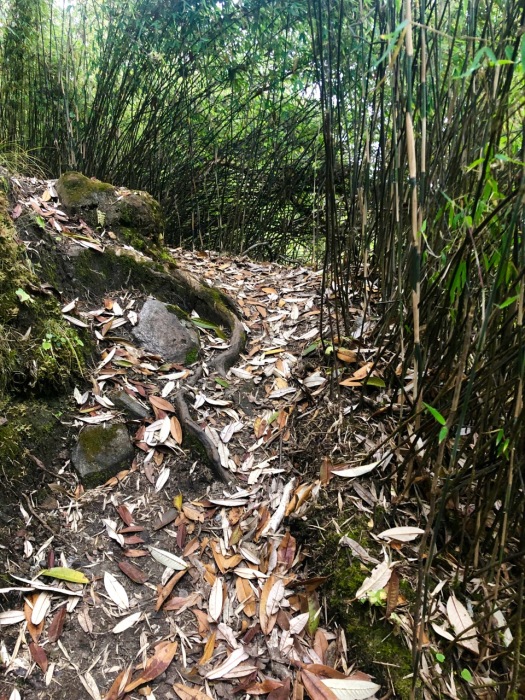 About 4pm I picked a spot to tent in a seasonal herding encampment (3460m), close to a waterfall. 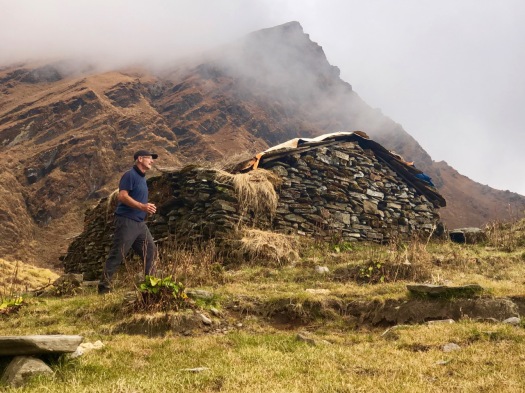 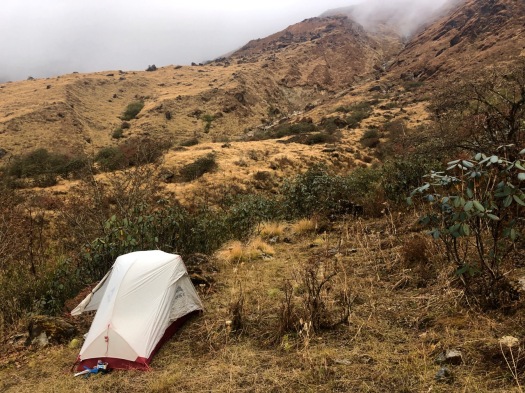 One downside of trekking Nepal in November is short days. It was dark by 5:30pm. That makes for a long night in the tent. 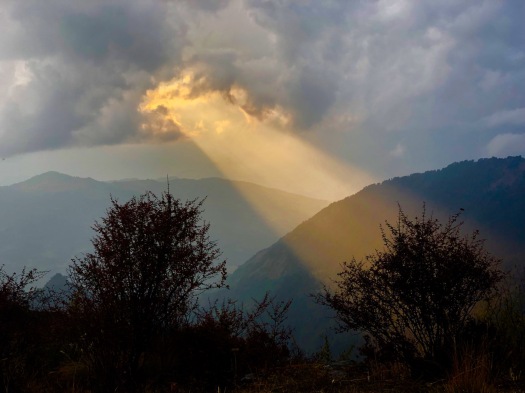